Our tips for trips for the winter holidays

Whether “Gotsch Helau”, skiing or a visit to a museum – there is something for everyone this weekend

Exciting excursion tips and activities for all weather and the whole family in Gotha and the surrounding area:

Andreas Kieling – exhibition With the grizzlys through Alaska 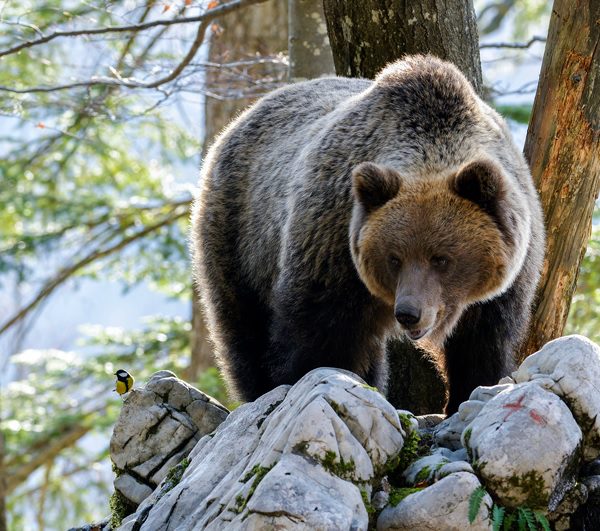 Fascinating landscape studies and animal portraits are awarded in ten different categories. The result is impressive proof of the high reputation “highlights” and clearly demonstrates the appreciation that the nature photography competition has enjoyed nationally and internationally for years.

The lifts are open to snow lovers

Only 3 ski lifts are currently open. The ski facility at Masserberg, Steinach and in Oberhof. As the weather is expected to change at the end of January, we hope for better snow conditions in the Thuringian Forest at the start of the winter vacation. The Skiarena Oberhof is used for all winter sports fans who don’t have enough snow. Over a length of two kilometers, anyone can do their rounds with cross-country skis all year round at guaranteed snow-safe temperatures of -4 ° C. Since competitive athletes also train here, there are restrictions on opening times. Therefore, please check the current opening times before arrival.

With sports swimming pools, diving boards and paddling pools, you can escape winter weather as well as carnival enthusiasts, let your mind wander and treat yourself to a weekend of relaxation.

Carnival party of the GKG

The Gotha Carnival Society invites you to a carnival party in the Gotha City Hall on February 8th, 2020. Party fun for all carnival fans.

Exhibition opening: The awakening of antiquity

Hans im Glück in the Theater im Palais in Erfurt

A fairy tale based on the Brothers Grimm

The Snow Queen – The Musical

The fascinating story of the Snow Queen – presented by a young, playful, 8-member ensemble, all of whom are graduates of renowned musical schools – has been successfully touring Germany since 2012 and continues to enchant children, those who are at heart and fairy tale friends.

Hiking through the Dragon Gorge

The Marienbach, which flows through the Dragon Gorge, created an approximately 1 km long notched valley. The highlight is a 182 meter long gorge, some of which is only 70 cm wide. Since 1832 you can walk the gorge on a plank path over the gurgling brook and between 10 meter high rock walls. The Dragon Gorge is accessible free of charge all year round.

Visit to the large island mountain

The large Inselsberg with 916m is one of the highest elevations in the Thuringian Forest. The Great Inselsberg is unmistakable due to the transmitter systems on the top. The distant view, which has even been possible from a lookout tower since 2015, is nowhere to be surpassed in Thuringia. A clear view leads to the Wasserkuppe in the Rhön and to the Brocken in the Harz.

Gypsum crystals from Thuringia in the Marienglashöhle

In millions of years, gypsum crystals formed that filled the entire cavity. When the grotto was discovered in 1784, the easily split crystals were mined to be used for decorations. Since the material was used very often in pictures of Mary, the crystals were soon called Marienglas. Today, expert guides explain the formation of the crystals. The former mining company also serves as a show mine.

For railway fans, children, families and hikers – the Oberweißbacher Bergbahn

It is best to start at the Osterfeldschmiede train station and ride the steep section on the funicular built in 1919-1923. With a gradient of 25%, the funicular is the steepest railway in the world that transports standard-gauge railway carriages. The second part of the mountain railway is the flat section between Lichtenhain and Cursdorf. Both sections are used every half hour from 6.30 a.m. to 8 p.m.

Where: An der Bergbahn 1, 98746 Mellenbach-Glasbach

A walkway runs for more than half a kilometer between, above and below the tops of huge trees. A mixed forest of beech, oak, ash, birch fir and other woods typical of our home can be admired in this way. The core of the complex is the tree tower, in which there is an exhibition that provides information about plants and animals, but also about the history of the forest area. There is also an elevator to the treetops so that old people and people with walking difficulties can reach the pad without any impairments.

Hundreds of trampolines are combined into a large trampoline area. There are also trampolines on the walls that protect against falling out. Some are arranged as half pipes so that you fall softly when you fall. If you are looking for a special challenge, the parcours and trapeze are just the right thing, as are the slacklines.

The almost 35m high citizen tower has been climbed since 2009. From there a beautiful view over the city as well as over the Thuringian Forest is possible.

Where: Gotha, near restaurant Berggarten

The colorful fairy grottoes emerged from a disused alum mine. In several underground vaults, the viewer is moved from the stalactite structures into a fairytale world. An adventure amusement park is located above the fairy grottoes and is known as the fairy world. In three adventure worlds you can experience unusual adventures in the garden of magical fairy plants, in the grove of light elves and in the dark realm of forest spirits.

This show facility is unique in Germany. Only here can the real wildcats be seen by everyone up close. About 50 of these animals are said to live here. That is why, starting in Hütscheroda, there is a wild cat trail of 7 km through the Hainich. Nevertheless, you need good luck to spot the shy animals. Therefore, a visit to the feeding times is recommended.

Advantages of direct booking on this page: